Dr. Howard presented the full story of ‘The Last Hundred Days’ (and 45,000 casualties) of the Great War. He spoke of the legendary offensive of Canada's Expeditionary Force in pursuit of the collapsing German Army. In these last hundred days before the Armistice, over 20,000 Canadians were killed and as many wounded in what has been celebrated as a triumph of planning and valor, and also condemned as a criminal rush for glory. Nothing was done to call a halt to the offensive, even when it was known that the war was over.

The event formed part of the Library’s participation in the global World Remembers project, and was co-sponsored by CBU Library and Peace Quest Cape Breton.

Search for related WWI resources in our on-line resources. 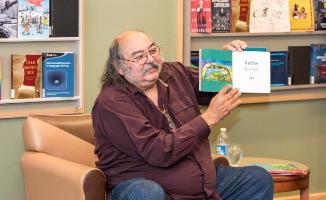 The CBU Library welcomed artist and author Alan Syliboy, to launch and read from his newest publication Mi’kmaw Waisisk.  Guests were welcomed by drummers Graham Marshall and Morgan Toney both of whom are CBU students.  Alan Syliboy spoke and read from his new children’s book, Mi’kmaw Waisisk, and his Thundermaker book to our eager special guests from the CBU Day Care Centre.  Afterwards, guests enjoyed milk and cookies. The book reading was followed by a book signing and sale by the author, who is also an influential Mi'kmaq artist who shares his visions and creativity through his magnificent works of art.

Guests gathered in the atrium as the CBU Library and Unama’ki College, in partnership with the Gord Downie & Chanie Wenjack Fund, officially opened the Chanie Wenjack Legacy Room in CBU Library. Chanie Wenjack was a 12-year old boy who died while fleeing a residential school, which were government-operated institutions aimed at separating Indigenous children from their families and traditions in order to assimilate them into Canadian culture. The children were subject to significant emotional and physical abuse. The space was created to increase awareness and education about Indian Residential Schools in Canada and their effect on Indigenous families, and to help the healing process through a combination of awareness and education. 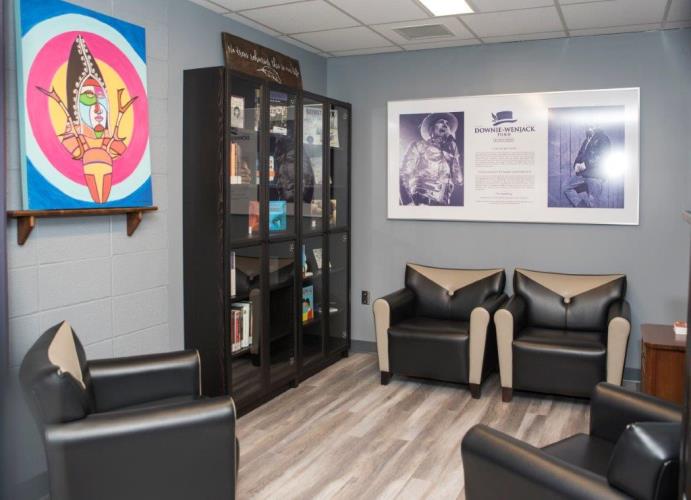 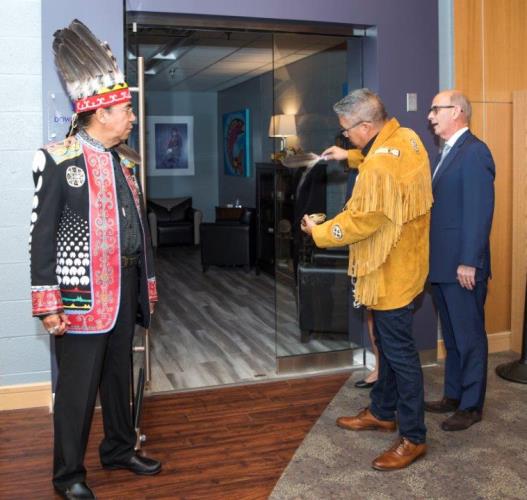 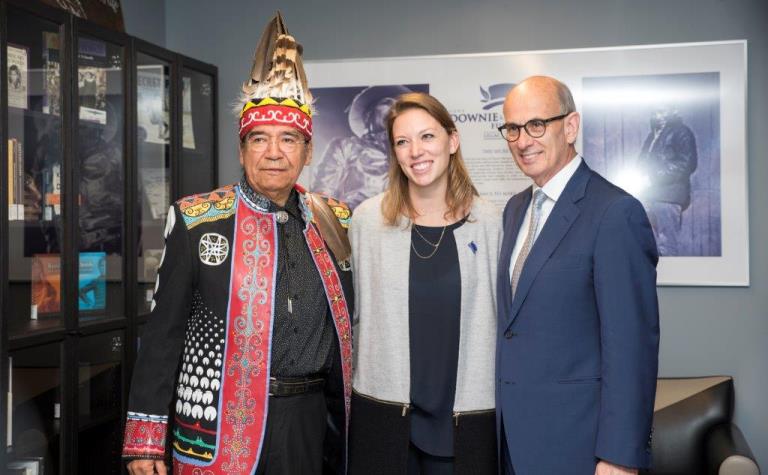 
Stephen Augustine, accompanied by the drumming of Graham Marshall and Morgan Toney, performed a traditional smudging ceremony. Sarah Midanik, President & CEO Downie Wenjack fund, spoke of Gord Downie’s commitment to the story of reconciliation and moving forward. President and Vice-Chancellor David Dingwall spoke of CBU’s five year pledge to the Wenjack fund and assisted Sarah Midanik in the unveiling of an original artwork from Alan Syliboy depicting Chanie Wenjack . Mr. Augustine, President Dingwall and Ms. Midanik then formally opened the Legacy Room and the public were invited in to experience the space.  Following the ceremony all were invited to share in a traditional Mi’kmaq luncheon provided by Janine Christmas. 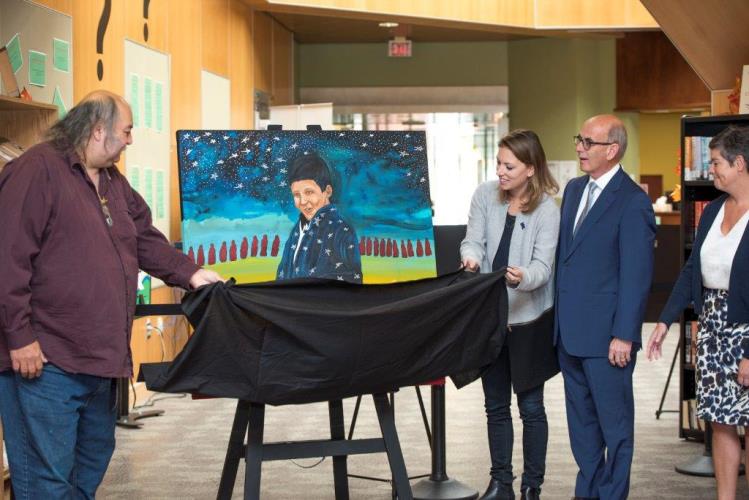 It has been our goal to ensure that CBU’s Legacy Room is a welcoming but contemplative space where, as the late Gord Downie coined, reconciliACTIONs can take root. The Legacy Room provides a meeting space, a thinking space, and a conversation space, in support of next steps towards indigenization, reconciliation, and academic success for our First Nations students and in the longer-term for all of our communities.