The students from Allison Bernard High School in Eskasoni proudly displayed their original artwork at the CBU Multiversity Learning Centre for the week of May 29 to June 7, and were on hand to talk to the CBU community about their art at the Opening Gala on June 1st.

The artwork that these students produced was breathtaking and diverse. Art teacher Ron Martin set out to have his students represent themselves not only as Mi'kmaq people but also as teenagers. Martin said "he believes the exhibit will inspire more students' desire to express themselves and their culture through art". (as cited in Cape Breton Post, June 5, 2017). Just a sample of the over 60 pieces of artwork is shown below. 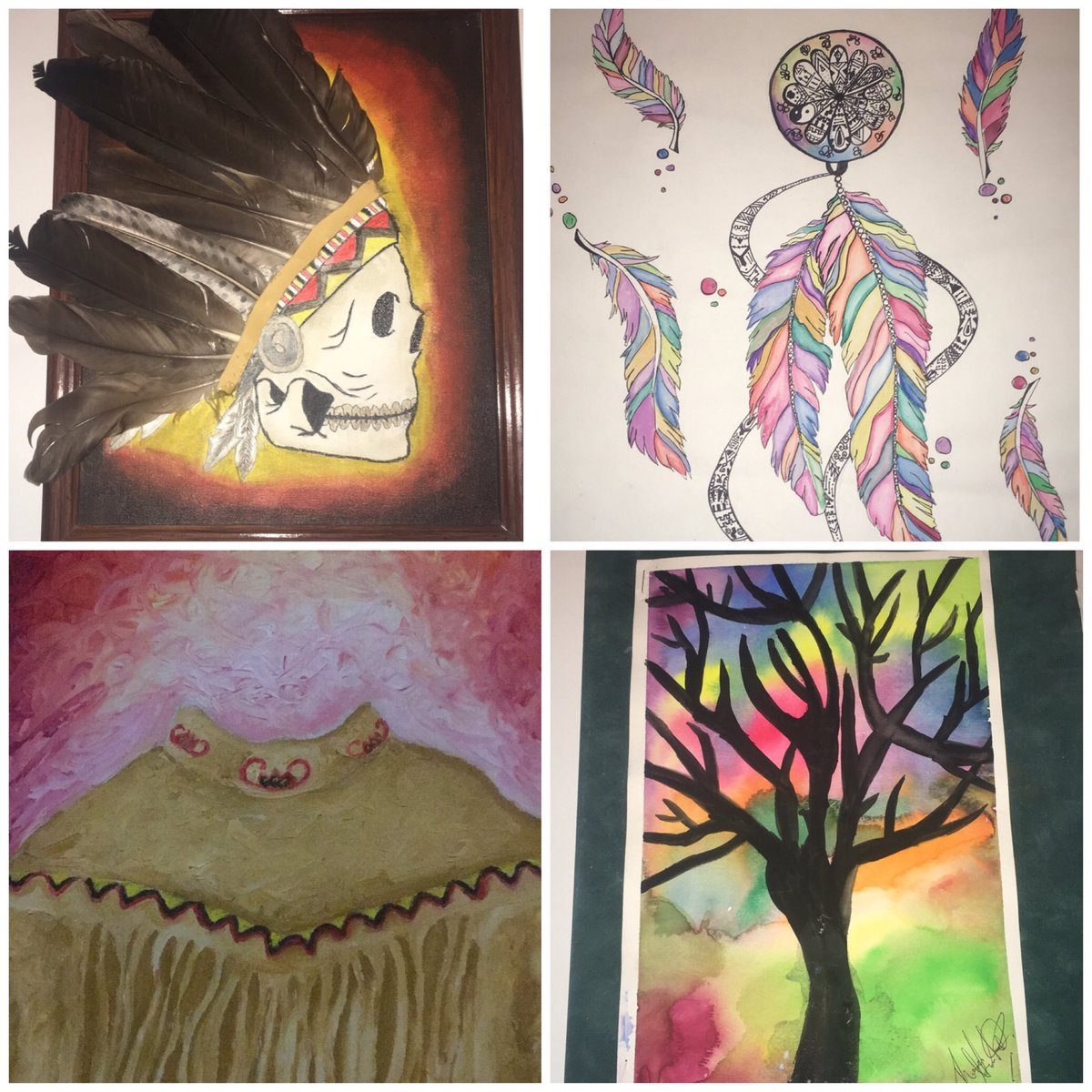 A sample of the artwork on exhibit at CBU.

The large mural pictured below, which was a group effort on the part of the students, has been donated to the CBU Library and is now permanently on display in the entrance to the Library. 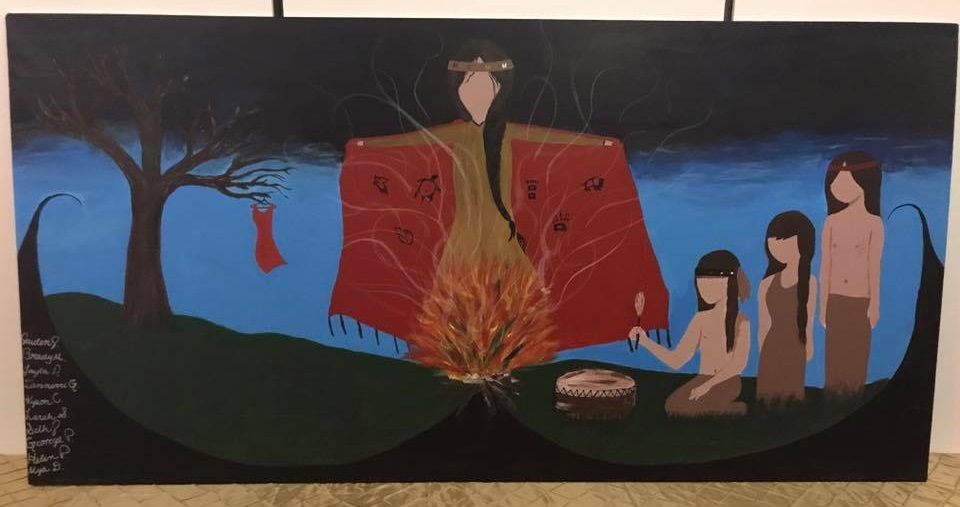