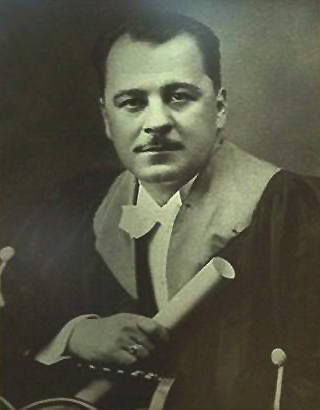 Dr. T. J. Khattar was born in Sydney Mines, on Cape Breton Island, in 1905. His father's family came from the mountains of Lebanon where, as Christians, they fled religious persecution. They sought a better life, first in South America, then in Texas, eventually arriving in Cape Breton in the late 1800's. Dr Thom's mother, Laura, was from Canso, Nova Scotia. She was of French-Acadian (Doiron) and English (Grover) descent. Dr. Thom's maternal grandfather was one of many fishermen who drowned at sea near Canso, the oldest fishing community in North America.

Dr. Thom went to high school at Sydney Academy, and got his Bachelor of Science degree from St. Francis Xavier University. He distinguished himself there, not only as a student but as an outstanding athlete. He was a member of the 1929 St. F.X. Intercollegiate football championship team. Although Dr. Khattar's father had no formal education, he was a major influence in Thom's decision to become a physician. This dream was realized when Thom graduated from the University of Edinburgh Medical School in 1936, after having earned life time operating privileges in the university hospital. Although he did regret not accepting an offer to play professional football in the United Kingdom after graduating, he remained in the British Isles for several years. He did graduate work in obstetrics in Dublin and practiced medicine for two years before returning to Cape Breton.

Upon his return, he quickly made a name for himself as a doctor, and, in 1944, he became the Town of Glace Bay's Chief Medical Officer, a position he held until his death in 1966. He was a strong advocate of community health and immunization and was one of the first doctors in the Province to administer polio vaccinations in the 1950's. Many stories are told of his flamboyant and unorthodox style while carrying out his work. One of his great loves was poultry and animal husbandry; he maintained a small hobby farm at his residence in Glace Bay. A former host of a radio talk show remembers a call he received from a distraught citizen in which she complained of a goat entering her front room and making an unwanted deposit, before being removed with some difficulty. When the radio host suggested she contact the health inspector, he was left speechless when she replied that the goat belonged to Dr. Khattar, the town’s health inspector! Dr. Khattar kept a goat and made it’s milk available to premature babies and other patients.

He was respected for his outstanding efforts in obtaining compensation for injured coal-miners. Awards of worker's compensation during the years of Khattar's practice were the exception rather than the rule, but his strong advocacy for the Glace Bay coal miners resulted in critical relief for the miners and their families. He was also greatly admired for his unhesitating willingness, at great personal risk, to enter the coal mines to assist the injured and dying after disasters. Medical practice in a coal mining town was far from easy. A headline of the Cape Breton Post in 1957 reported on Dr. Khattar's bravery during a situation in which one of his patient's had been shot and police were kept at bay during an armed standoff. Dr. Khattar reportedly entered the residence, unarmed, tended to the victim, and diffused the crisis. 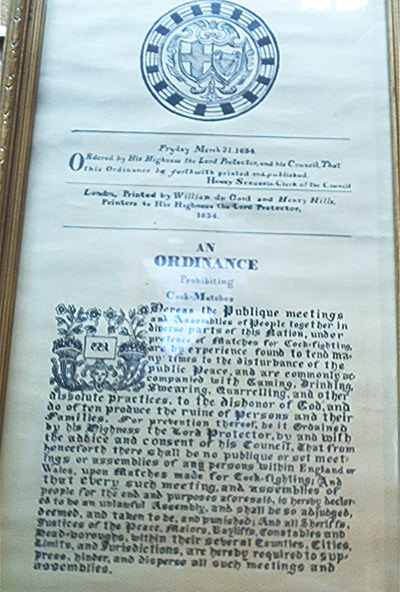 Dr Thom loved Cape Breton and he tried in ways beyond his medical practice to enhance life on the island. In 1963, in response to a call by the Town Council of Sydney Mines for ideas to stimulate the depressed economy, he advocated to the Mayor of Sydney Mines the establishment of a miners' museum and fossil museum to attract tourists to the area. His foresight is acknowledged for these resources were established as tourist attractions years later in Glace Bay and Sydney Mines. He had an amazing thirst for knowledge and a life passion for the collection of rare books and other items from the time he was a young boy. By age 10 he had already acquired a respectable coin and stamp collection and some books. He doggedly continued to acquire books, manuscripts, maps paintings etc throughout his life, but it was while he was working and studying in Europe that he began to collect books in earnest. Throughout his life, he corresponded with collectors and officials from around the world trying to gain knowledge on a broad variety of subjects 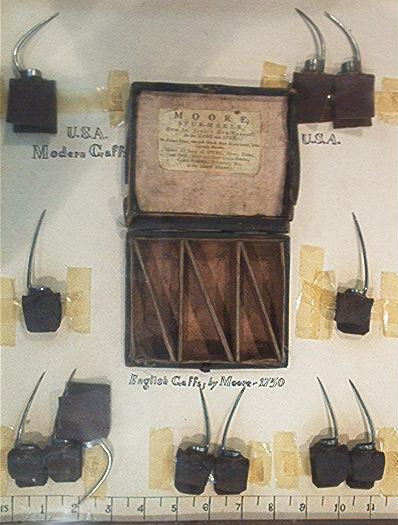 At the time of his death, at the age of 60, Dr. Khattar had amassed a collection of approximately 4,000 books and related items. Most of the items in the collection are rare and/or historically or culturally significant. This remarkable collection is housed in it the Dr. Thomas J. Khattar Rare Book Room at Cape Breton University, Sydney, Nova Scotia. The late Gerry O'Brien of Halifax, one of Canada's leading authorities on rare books, was quoted in the March 1983 edition of Atlantic Advocate magazine as saying, "(w)hen I first walked into the room containing Doctor Khattar's collection, the rarity of what I saw jumped out at me everywhere I looked. The collection is as diverse as was the interests of its owner. It illustrates for anyone to see what is the result of a lifetime of reading and study of a collector of taste and unusual distinction of mind." Dr. Roger Crowthers, an authority on rare books, described the collection as, "containing rare, curious and interesting books, which are not a specialists accumulation of material medica, but one which offers the widest range of diversion in inquiry from art to agriculture, biography to music; fiction to folklore and Canadiana to cockfighting. The list of subjects and authors seems endless." A feature of the collection is The Gentleman's Magazine, 1731-1868. This is one of the few known complete collections of this magazine. There are other rare titles dating from the 17th century. 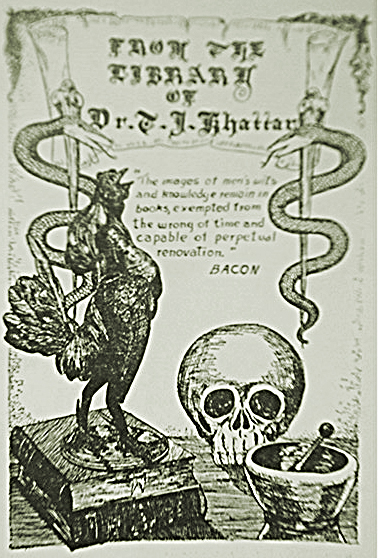 During his lifetime, Dr. Khattar wrote two books. My Father Said is about his relationship with his father and is a scholar's insight into historical, philosophical and religious perspectives on Christianity and its origins in the Middle East. His second book, The Art of Cockfighting exemplified the diversity of his interests. While being an acknowledged humanitarian and animal lover, Dr.Khattar was an outspoken defender of the sport of cockfighting, as a natural phenomenon amongst certain species of poultry. His text on the subject is laden with historical data and illustrations offered in support of his theories. Displayed in a showcase at Cape Breton University is a collection of gaffes used by fighting cocks, which date from circa 1750. At left is a picture of the old gaffe collection. An ordinance prohibiting cock matches in England, dated 1754, is also featured. At right is a picture of the ordinance.

Dr. Thomas J. Khattar was a remarkable man and his legacy remains. As long ago as 1983, the author of the Atlantic Advocate article appropriately predicted that, "(t)he full importance of the Khattar Collection cannot be exactly appraised and its research possibilities may not be known for many years to come. Though it may be regarded as the collection of a bibliophile with the connoisseur's interest in the rare edition and fine bindings, it is not a bookman's library. It is best seen as evidence of what an exploratory, energetic and encompassing mind has striven to bring into synthesis over years of intelligent reading. A truly interesting man!" The picture at right shows Dr. Khattar's personal book plates.