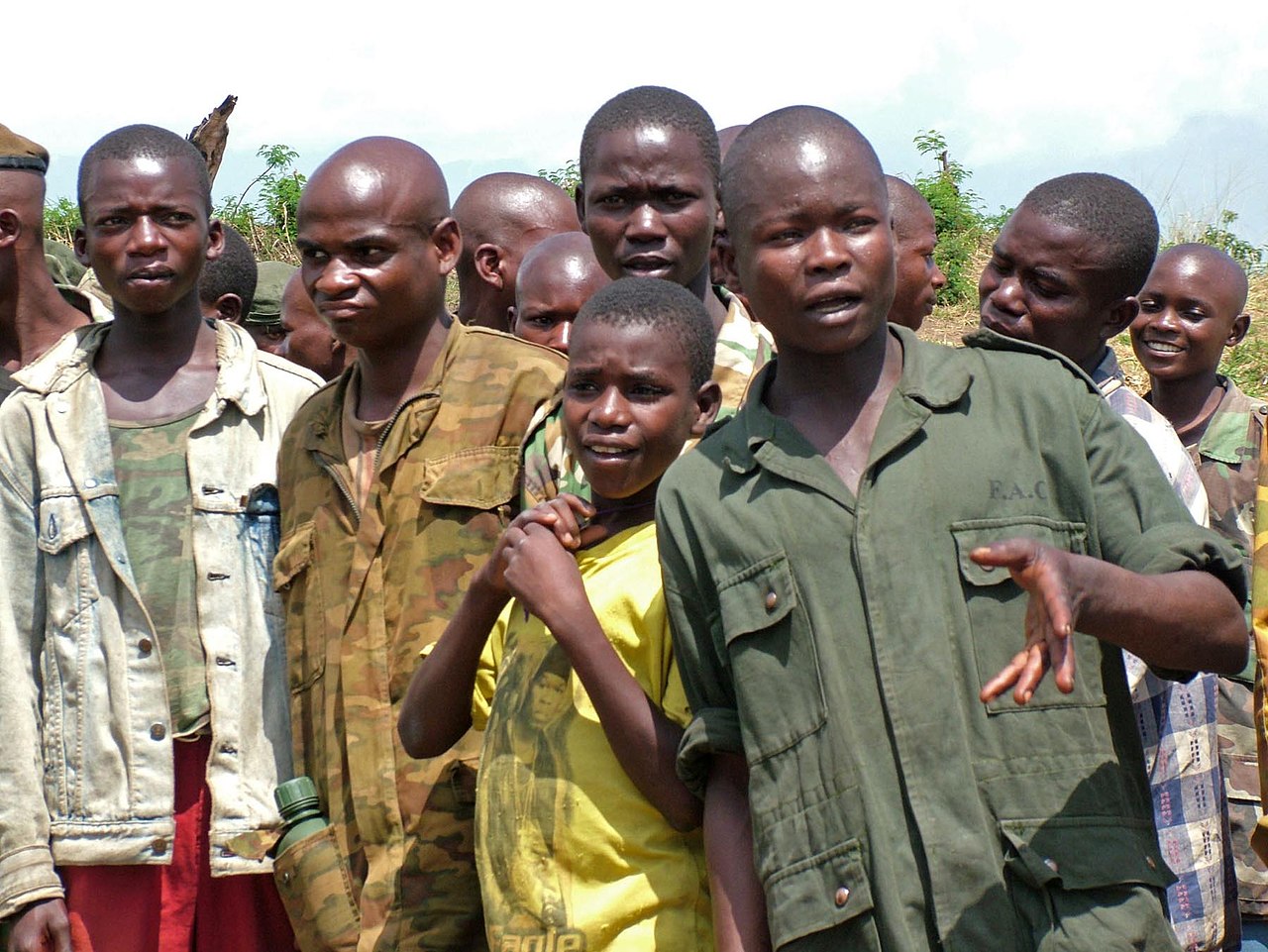 The following databases can be used to search for relevant journal articles:

What is a Child Soldier?

"A ‘child soldier’ as any child – boy or girl – under 18 years of age, who is part of any kind of regular or irregular armed force or armed group in any capacity, including, but not limited to: cooks, porters, messengers, and anyone accompanying such groups other than family members. It includes girls and boys recruited for forced sexual purposes and/or forced marriage. The definition, therefore, does not only refer to a child who is carrying, or has carried, weapons."

Ø  Hundreds of thousands of children under the age of 18,  serve or have served in government armies and rebel groups. Some of these children began their journey as child soldiers as early as the age of eight.

Ø  Since 2001, it has been reported that children have been used in conflict in 21 countries around the world.

Ø  Children who live in poor and disadvantaged families are those that are at the highest risk of becoming child soldiers. These children may be exploited to become soldiers because they are looking for support, a sense of belonging or revenge.  Economic or social pressures are also influences. Children can be easily manipulated and end up being involved in violent situations that they are too young to understand. In addition to children being exploited, some have been kidnapped and forced to become soldiers.

Ø  Advances in the development of weapons and the use of small arms, has contributed to an increase in child soldiers.

Ø  Both boys and girls can be child soldiers. In some instances, girls may be abused and given to the military commanders to serve as “wives.”

Ø  Child soldiers not only participate in combat, but they can serve as cooks, guards, messengers or spies.

Ø  Child soldiers can be instructed to carry out violent acts against their families or communities. This is  done as a way to ensure that the child will never be able to return home to their community.

War affects every aspect of a child’s life and has a significant effect of their development. Children who grow up in areas of conflict face many hardships. They can be injured, killed, uprooted from their homes, orphaned,or  subjected to abuse and violence. They are not given proper shelter, food or an education. Worldwide, over the last ten years:

Ø  approximately 10 million children have been killed by conflict

Ø  one million have been orphaned

Ø  six million have been injured or left disabled

Most children who grow up in areas of conflict are at risk of becoming child soldiers. During the second civil war that occurred in Sudan, between 1983 and 2005, many children were forced to serve in armed conflict. The armies on both sides of this civil war had enlisted children to fight. With the end of the civil war, an interim peace period was established which resulted in the release of thousands of child soldiers. Now that war has broken out in South Sudan, it has been reported that child soldiers are once again being used in armed conflict.

These featured books are part of the library's General Collection:

These movies are located in the library's Popular DVD and AV Collections:

National Film Board of Canada

Synopsis: This feature documentary exposes the little-known tragedy of girl soldiers in Uganda. How can they learn to live normal lives again after being abducted and trained to become killing machines? Clinging to their  dreams, Grace, Milly and Lucy are trying to restore meaning to  their lives and break the silence  surrounding the fate of a  sacrificed generation.

Synopsis: The Politics of Apocalypse (1998) - In one of the longest-running civil wars on record, children fight alongside men, and famine threatens those who escape bullets.

Welcome to the state of Sudan. On this visit you will meet brutalised child soldiers, starving civilians and the fighters who are locked into one of the most desperate conflicts of our time.

Three  million people now live in limbo in the refugee camps around Khartoum. As the Government grows ever more militant, the peace they await becomes increasingly remote. By the year 2000 Sudan want 900,000 soldiers to join the jihad against neighbouring states. This year it closed all the universities and sent their students to the frontline. And while war continues, thousands of people face starvation before Christmas.